Making Waves is a series dedicated to sharing the stories of trailblazers, adventurers, innovators, pioneers and people who are doing good things in boating, fishing and recreational water sports.

James Frecheville is one half of famous wooden boat building and restoration company Frecheville Heaney. Based in Paynesville, Gippsland, James and business partner Tim Heaney are renowned for making and bringing back to life beautiful timber vessels. We caught up with James to talk about his love of old school boats and nautical adventure. 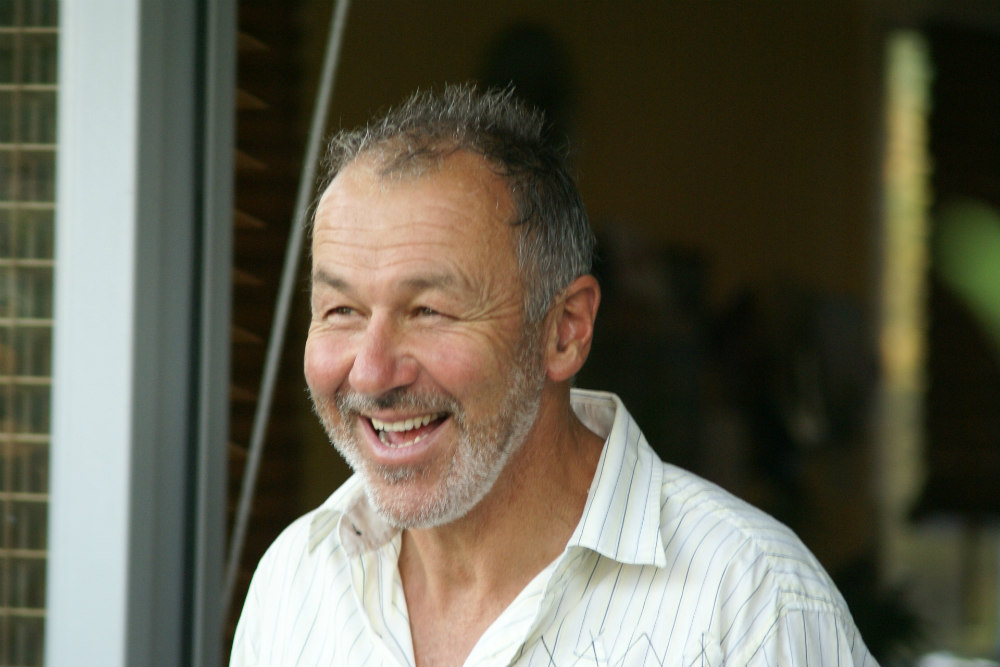 Where did the initial interest in boats come from?

Dad gave up smoking when I was a kid and used the money he saved to buy a newly built but unfinished Mirror Dinghy. He completed it in our sitting room at home and then taught me and my brothers how to sail.  With four boys in the house there were squabbles over who got to hit the water, so dad bought a second Mirror. Our family then got right into sailing and we travelled interstate to compete in the National Championship Regattas. From there, my love of sailing continued, and I’ve made lifelong friends along the way.

You’re a skilled boat builder, can you tell me how you learned your trade?

I don’t have any formal training as such, but I do have a piece of paper from the State Training Board Victoria to show I’ve got the skills to perform as a tradesman shipwright. My education in boats has been a hands-on one and the skills I’ve learned through practise, patience and persistence.

As a teenager, I realised if you didn’t know how to fix a boat in a regatta then you were stuffed. So, that’s when I started learning. I then bought an old keelboat in Fremantle when I was 24 and went sailing up the west coast and beyond. To fund the adventure, I worked on fishing boats by day and fixed them by night. I was learning all the time and there always seemed to be boat work available for someone willing to have a go.

I met my wife during this time and together we then built a 30 ft gaff boat that would take us across the seas to the UK. It took us four years to get there and our boat was the business card that allowed me to secure boat work at various places along our voyage. 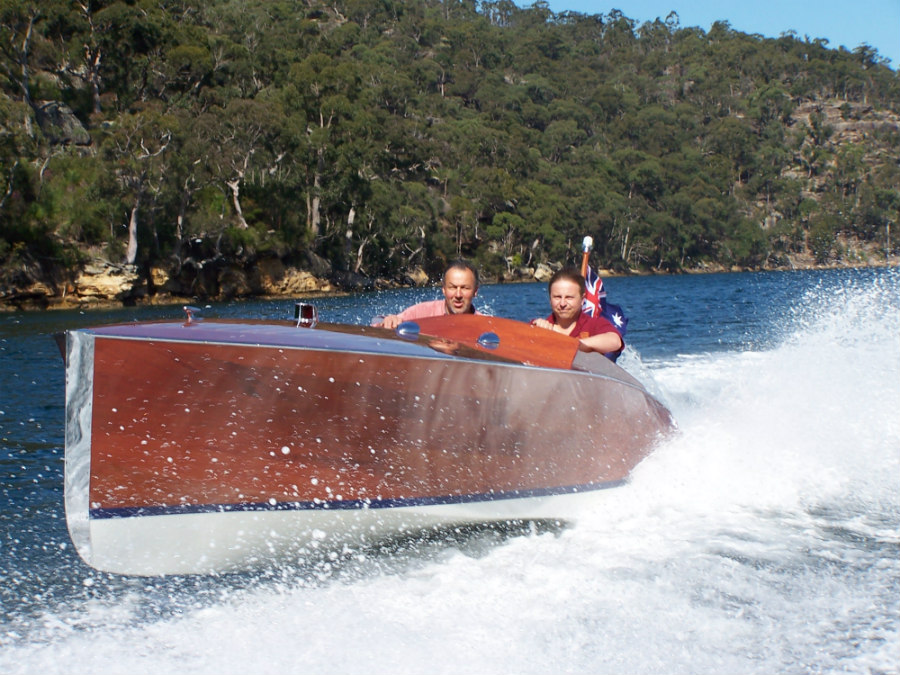 Peter Freebody & Co is where you really learned your trade. What was it about this experience that gave you such a good foundation?

Freebody’s is an institution in the UK boat-building world.  It is a family boatyard that’s been trading on the Thames for over 300 years.  In the late 1980s we were recently married and broke.  Our boat was in Cyprus and we needed to earn a quid.  It was boom time and there was plenty of money to splash about on classic toys to impress your friends, so I applied for a job at Freebody’s. They took me on because I think the Guvnor took pity on this unlikely lad from Australia.  There were a team of about 30 staff and a raft of boats under restoration or in build.  I was like a sponge and thoroughly enjoyed that heady period learning by doing and through osmosis.

What was the voyage from Australia to the UK like?

It was wonderful. We had no set plan but timed our passages to coincide with favourable weather. We navigated by compass, sextant and clock. We got married and had a child along the way! Some of the ports we stopped in were idyllic, others not so much, but we revelled in a mariner’s lifestyle and met many like-minded travellers along the way.

The three-month passage through the rivers and canals of France, from Marseille to Le Havre on the English Channel was a real highlight.  We bought cheapo bikes and cycled everywhere.  We ate cheese, baguettes and drank inexpensive but good red wine. Vive la France.

You founded James Frecheville & Co in 1990 after returning from England. Can you tell us a bit about the business?

Our workshop is based on the Slip Road in Paynesville and we have around 4 to 5 people on deck. Whether sailors, petrol heads or oarsman, our staff just love boats.

In 2005, my leading hand Tim Heaney became my partner in our then newly formed company Frecheville Heaney Boats under which we have successfully traded for 15 years.  I am getting older and sorer by the day, so I am planning to step back, do less physical stuff and pass the baton on to Tim.

What makes wooden boats so special to work with?

There is an honesty in wooden boats perhaps not found in other building materials, and a beauty to the flowing lines and form and function of timber. You form a special relationship with the original builder, even though they may be long dead, when you restore a classic boat. You are working with the results of their skill and passion, and at times, their mistakes.  And you owe them and the current owner (wooden boat owning is really a stewardship) a responsibility to restore their vessel’s timeless beauty with due care and in a way that will ensure its longevity. 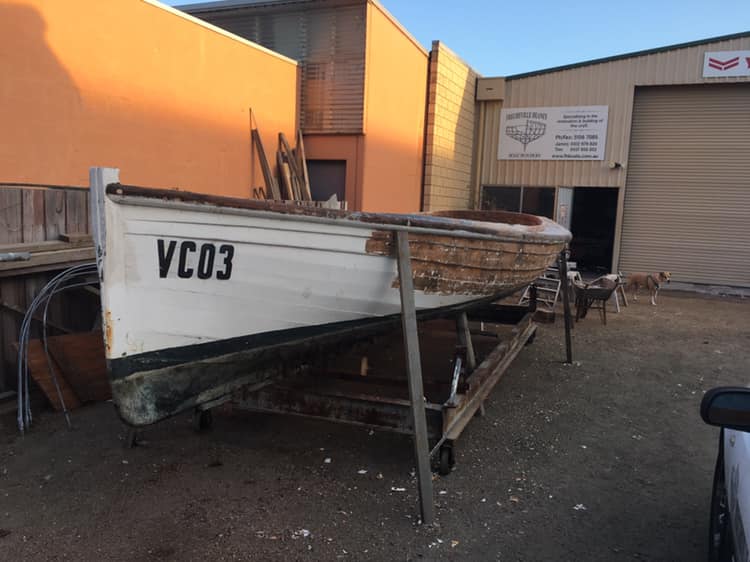 If you could travel back through time to build boats, which era would you visit and why?

America in the 1920s.  Speedboats.  I just love mahogany, copious amounts of varnish, chrome hardware, leather seating and the lusty roar of a petrol V8 motor. 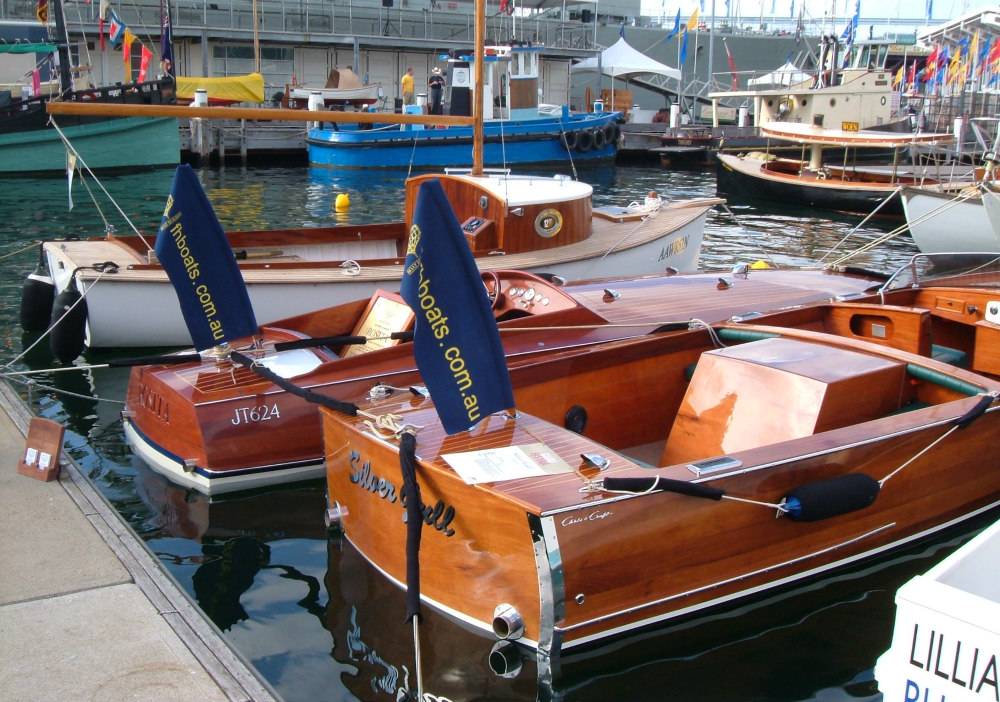 What’s the oldest boat you’ve restored and is it still sailing today?

A boat called the Wanderer built in 1883 in Bairnsdale. She is the flagship for the Gippsland Lakes Yacht Club and was a wreck when found in a farm shed in Bathurst, NSW.  She had been converted to motor launch and was a real mess.  We completely rebuilt the vessel for the fourth generation of the original owner and builder’s family. I still have lots of warm fuzzies about that project.

In your experience, are wooden boats becoming a bigger part of the boating sector?

There was a worldwide renaissance in wooden boat-building and restoration in the 1990s.  It has shifted somewhat, but there will always be people who want something more from their boating experience and are willing to pay for quality and individuality.

If money was no object, what boat would you choose for yourself and why?

I’d go for a small classic wooden sailing boating that feels good to sail and makes people smile when it goes past. But I’m lucky because I already have such a boat! It’s a Tumlaren Class racing yacht built in Adelaide in 1937 that I adore and regularly race on the Gippsland Lakes with my wife.

If you could take off tomorrow, where in the world where would you go?

Having sailed half the world and visited many wonderful places, I still think that the best cruising grounds are to be found just 100 miles south of the Gippsland Lakes.  The Islands of Bass Strait and Tasmania are just wonderful – but not in winter!

Closer to home, where’s your favourite place to go boating in Gippsland?

The Gippsland Lakes comes up trumps every time. And I feel lucky to be able to live and sail here whenever I want. It’s a good life.