Making Waves is a series dedicated to sharing the stories of trailblazers, adventurers, innovators, pioneers and people who are doing good things in boating, fishing and recreational water sports.

We caught up with Ross Ferrier, a much loved salty and renowned cray pot maker, to learn more about weaving the perfect pot and landing lobsters.

Experienced commercial fisherman Ross Ferrier is a fixture at the Port Fairy docks where he gives public demonstrations on the art of cray pot making on the wharf next to Putty’s Pride UHQ, his 57-foot yellow and white fishing boat.

Southern rock lobsters are the target for Ross’s creations and he favours the ‘beehive’ cray pot. Modern pots are typically made using a steel frame covered with netting. But Ross is old school and prefers to use Ti-tree, which is elastic and pliable, to make his.

“Some people use Ti Tree to form the side of the pot, they form the funnel using imported cane and now, we can also get plastic cane so there’s quite a choice,” Ross said.

The Rock lobster fishery is one of Victoria’s most valuable commercial fishery with nearly all the catch now exported to international markets.

The fishery is managed by a quota system with a total allowable commercial catch set annually after the status of the stock has been assessed. 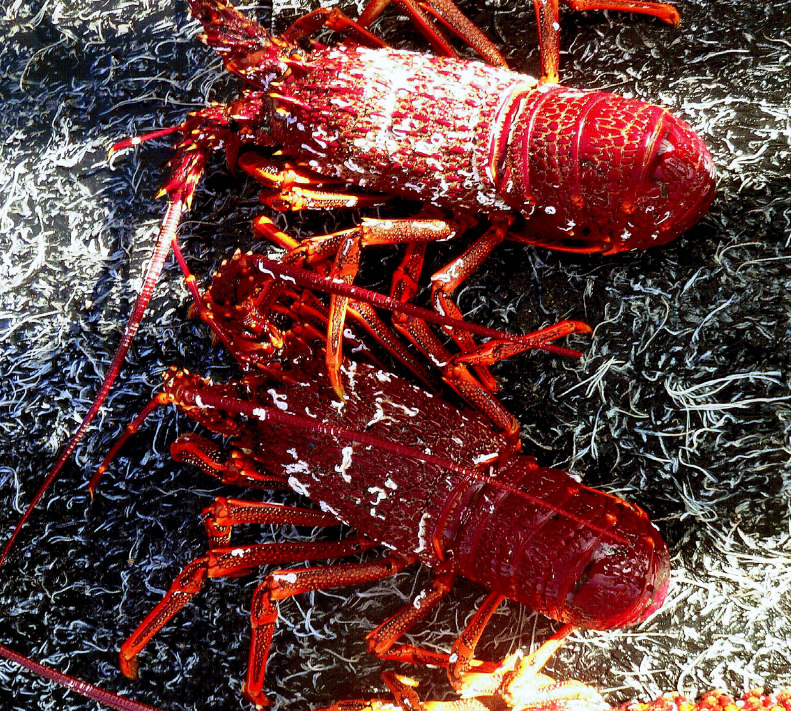 When it comes to catching rock lobsters, Ross reckons aesthetics are important.

“We’ve tried to be smart and work out the different colours that are more productive to the catch than say normal colours or colours we’ve been forced to use because that’s all we could get,” Ross said.

Cray pots are baited with whole fish (pilchards or mullet) or fish heads (Australian salmon) that attract rock lobsters.  They’re connected to the surface by ropes attached to highly visible buoys. Cray boats usually head out midafternoon to areas that have the right habitat and conditions to set pots which are hauled in the early the next day.

Like any fisherman, Ross has plenty of stories about ‘the one that got away’. He’s comfortable about it though and is happy for the lobsters to escape if the pot can’t be retrieved from the bottom. Just like his forefathers, Ross understands the value of looking after the fishery.

“I design the neck of the pot in a way that gives the crayfish a chance to escape. So, if we haven’t been able to break the pot free from the bottom or the line has snapped at least they’ve got a chance of getting out because of the type of beehive pot and the cane.” 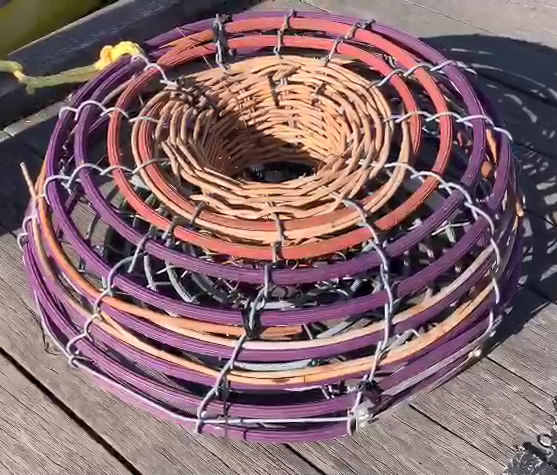 After 55 years in the industry there isn’t much Ross hasn’t seen. Once he caught 72 crays in one pot.

“They were hanging on the outside and it was quite exciting because when you land the pot and all their tails are just flapping around for joy – or we are anyway – because we’ve hit the jackpot,” he said.

Rock lobster is a delicacy and fetches a good price thanks to its top shelf culinary properties. But for special occasions, it’s well worth forking out for and can be purchased at a range of seafood markets across Victoria. Check out Seafood Industry Victoria for more details here: http://www.siv.com.au/

Another really nice way to enjoy lobster and a range of other delicious Victorian seafood is to head to the Apollo Bay Seafood Festival. It’s a summertime bonanza of local music, art and maritime merriment where seafood is the star of the show and available to eat in tasty and affordable formats.  For more information, check out the festival website here: https://www.apollobayseafoodfestival.com/